The first visit we made to the house had a strong impact on us; a dense vegetation was visible from the street making the inside quite promising. Once in the plot, three pavillions, discovered one after the other, formed the house and were built at different time following the family growth. 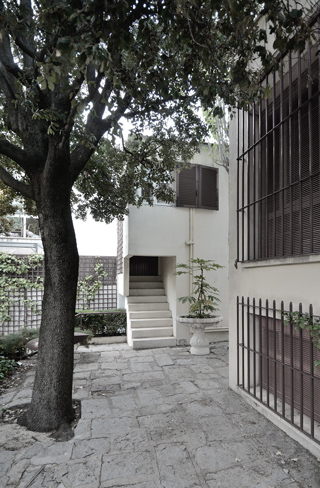 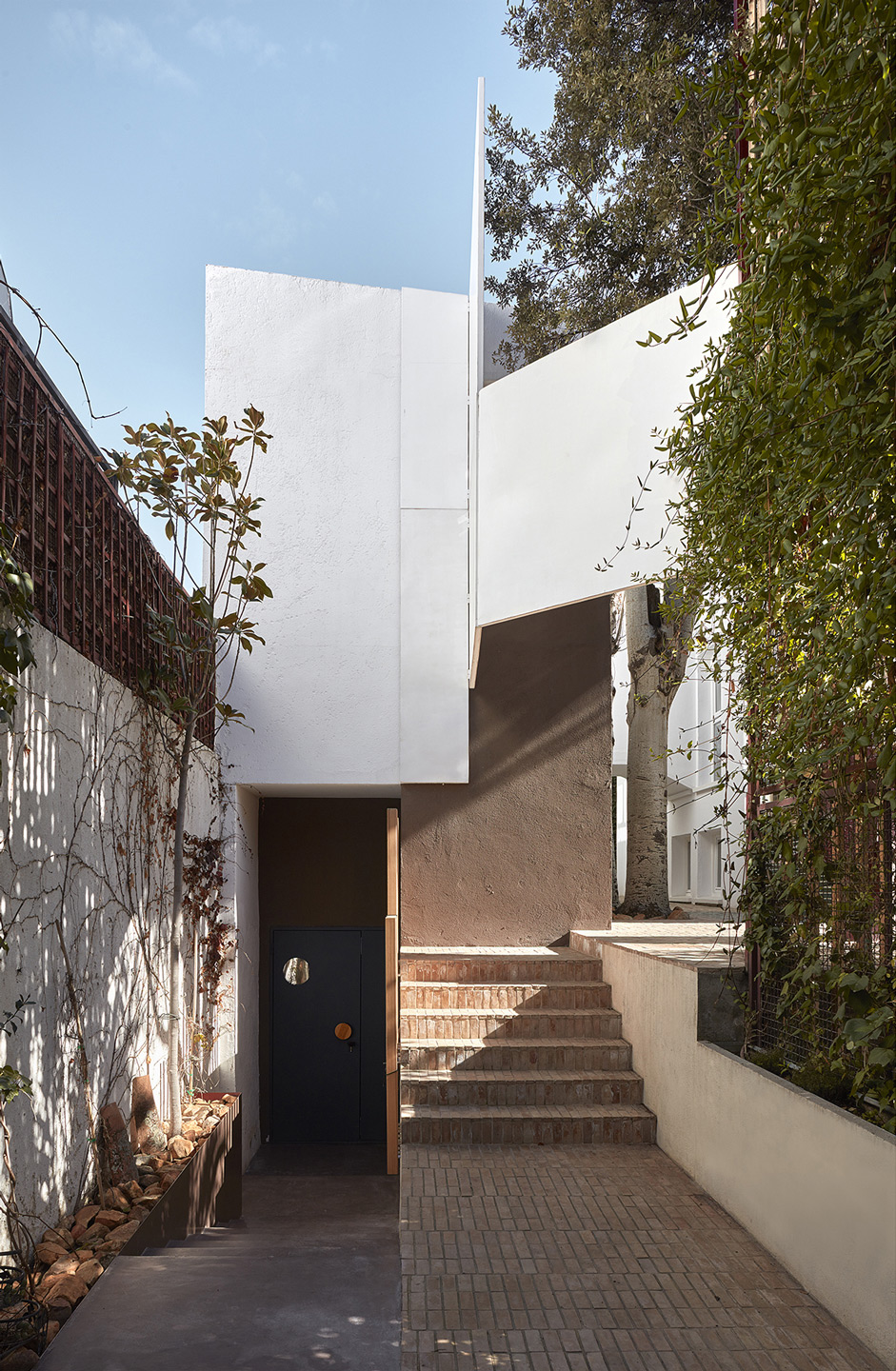 Since the very beginning, it seemed to us that there was a strong connection between the client, whom we met a little before, and the house they had just acquired. Therefore, our proposal fundamentally aimed to reinforce this bound and protect the special character that, in our opinion, they shared.

The result is an heterogeneous intervention, with various actions focused in different areas, sometimes incorporated during the construction works, participating in some way in the continuous evolution of the house from its first built pavillion. 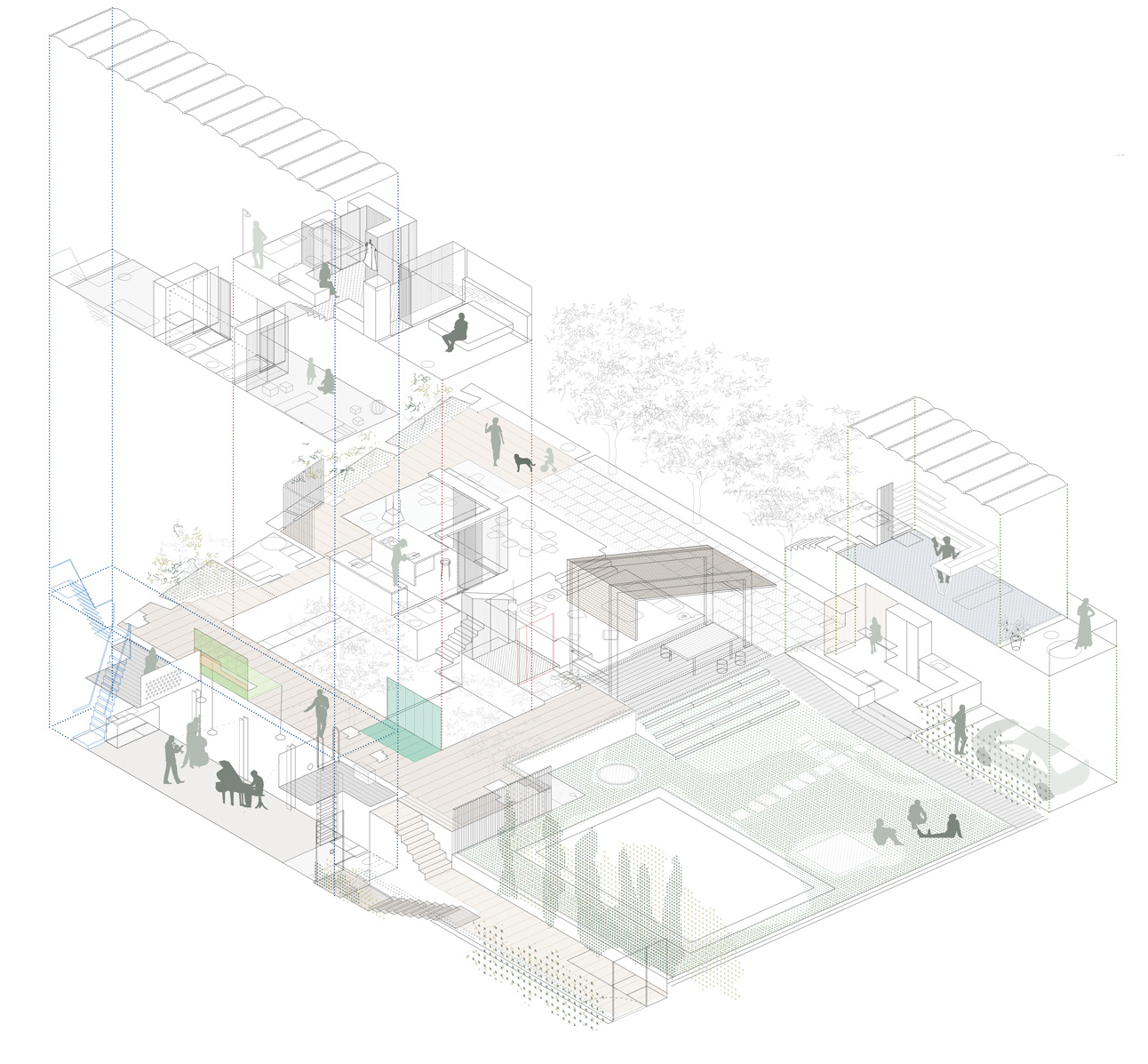 The core of the house is located in the central pavillion, with access to the front garden and backyard. Surrounding it, there are two smaller pavillions dedicated to the music studio and office room, which are work spaces for both parents. 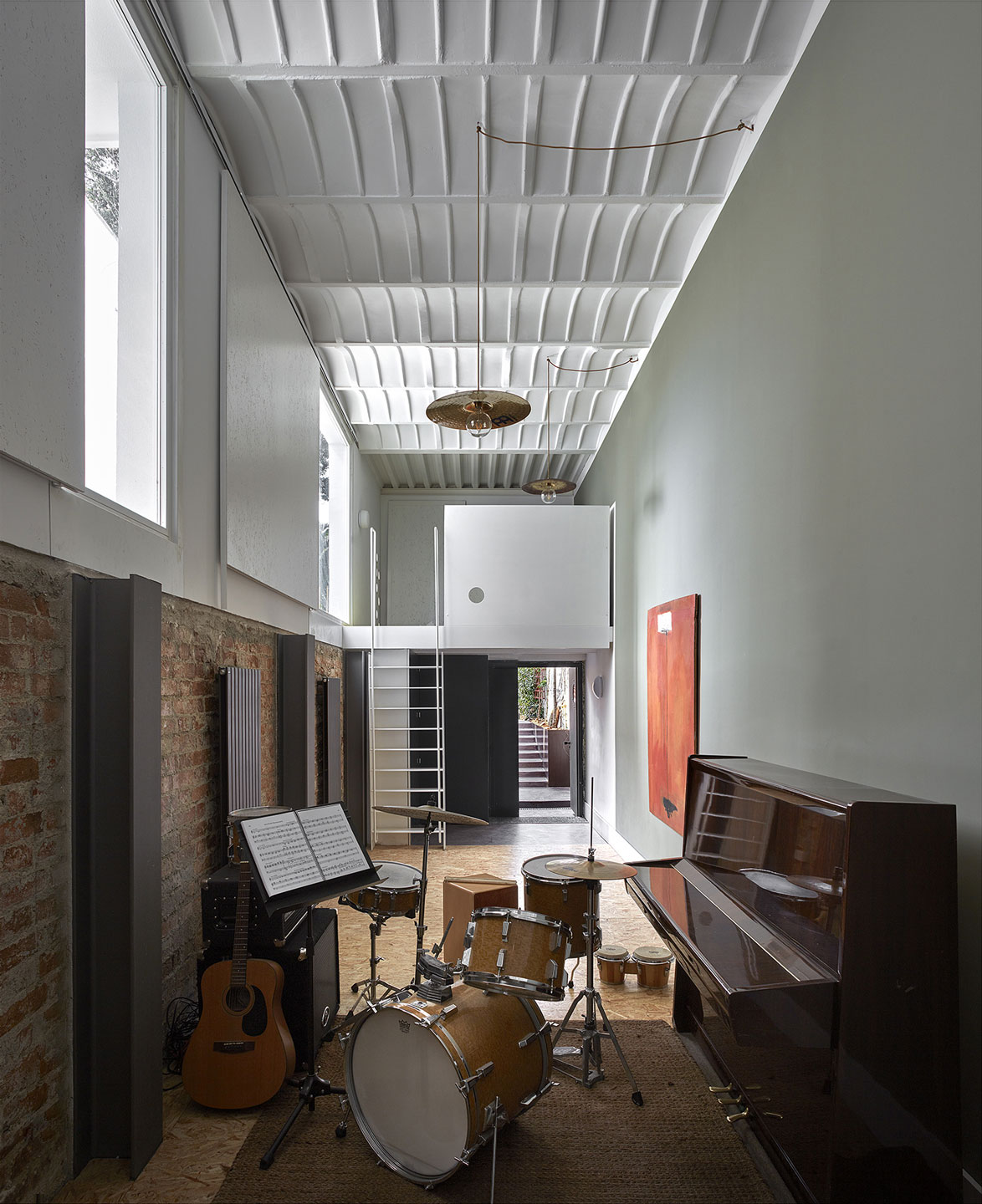 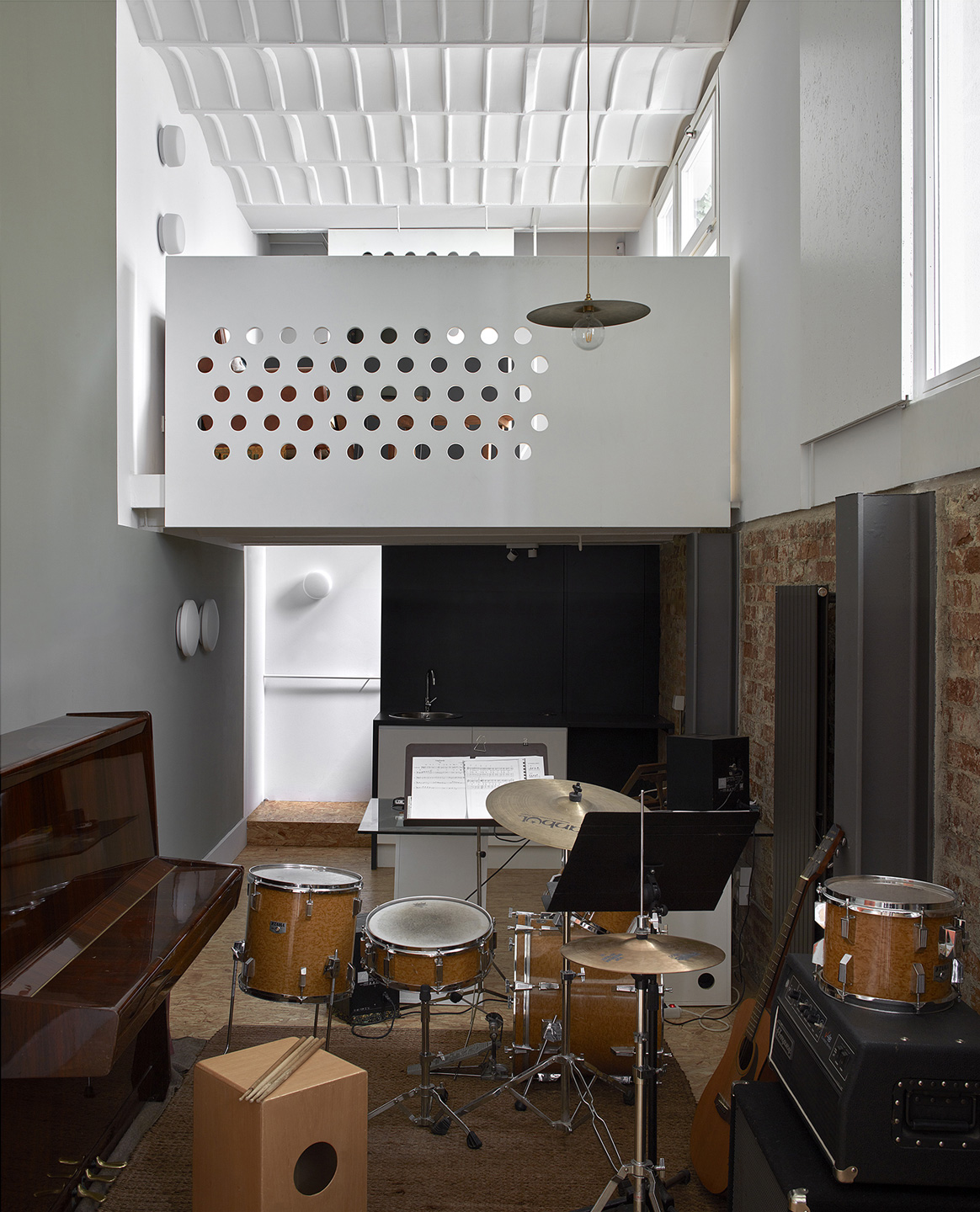 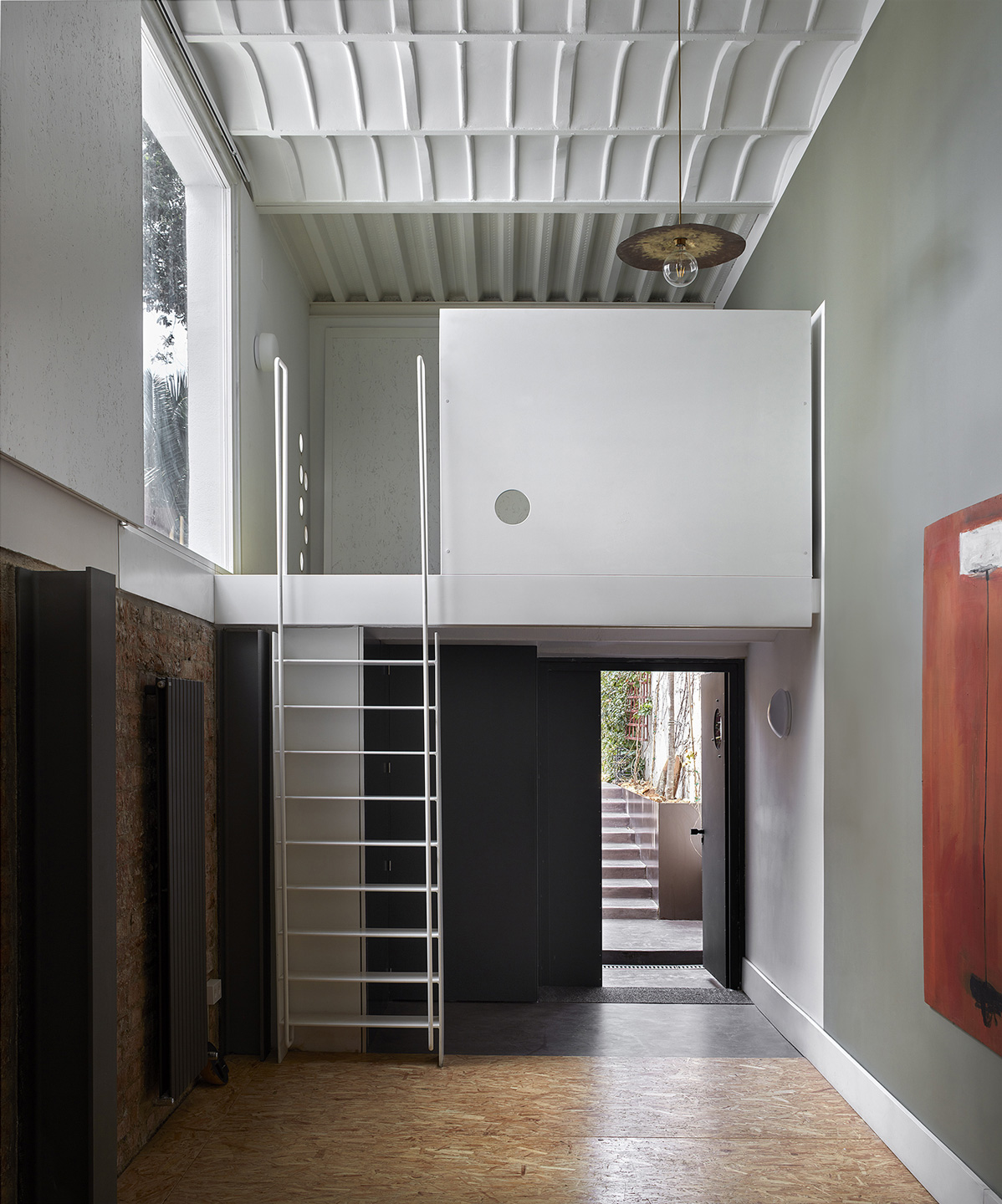 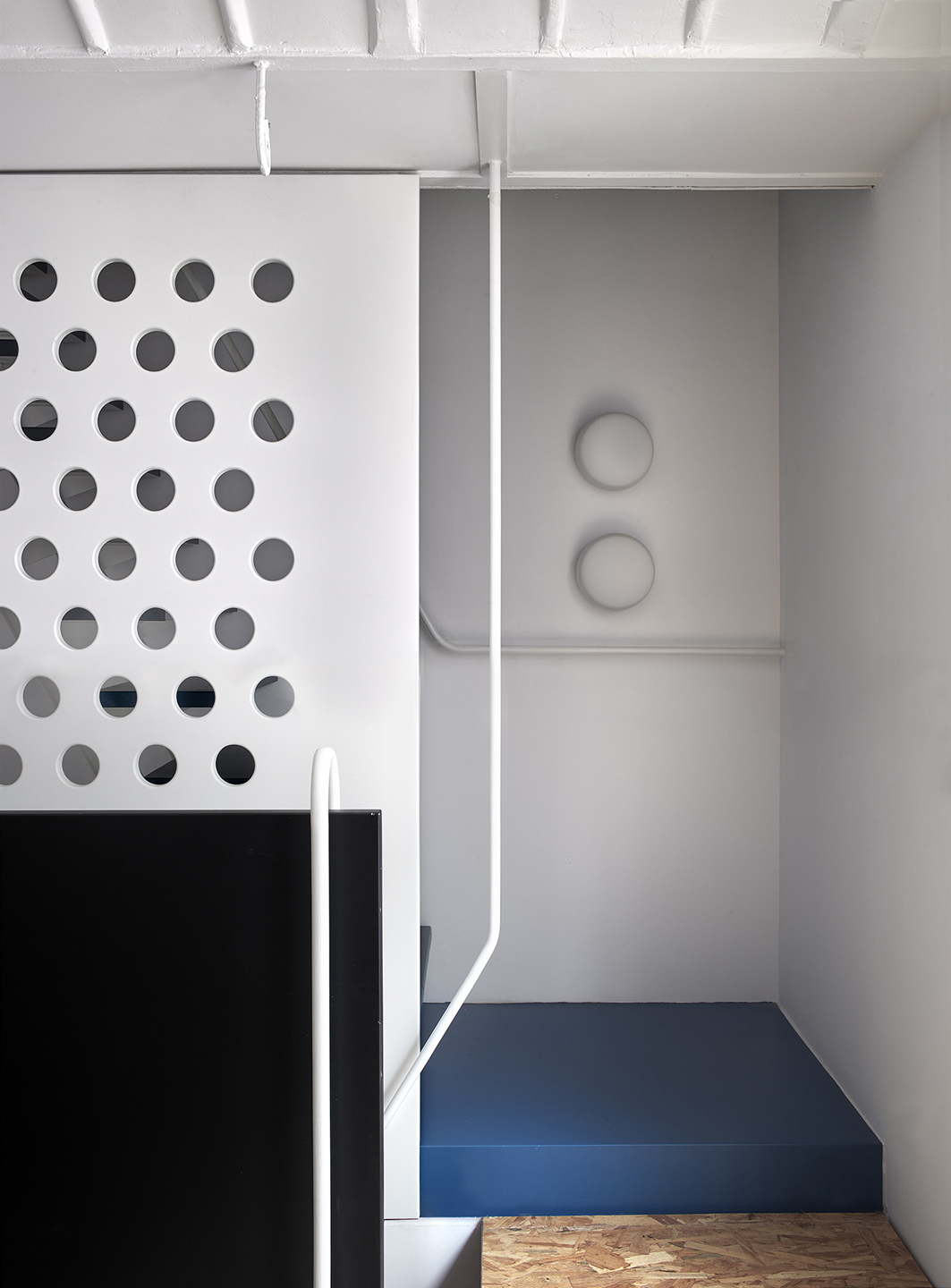 The bedrooms, located on the top floor of different pavillions, are communicated through a bridge providing fun to the routes through the house; similarly, a hidden staircase connects the children bedroom directly to the music room found two floors below them. 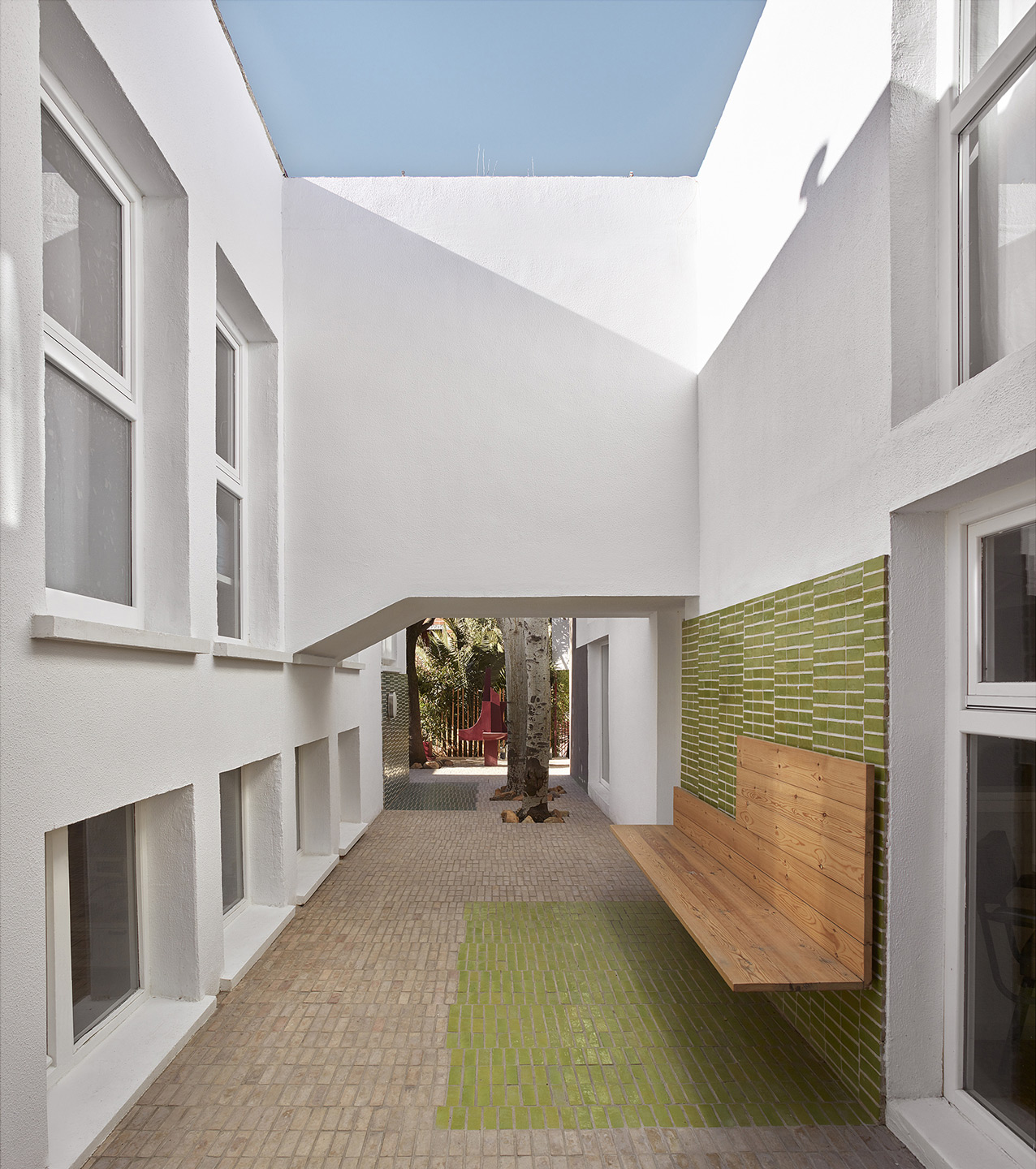 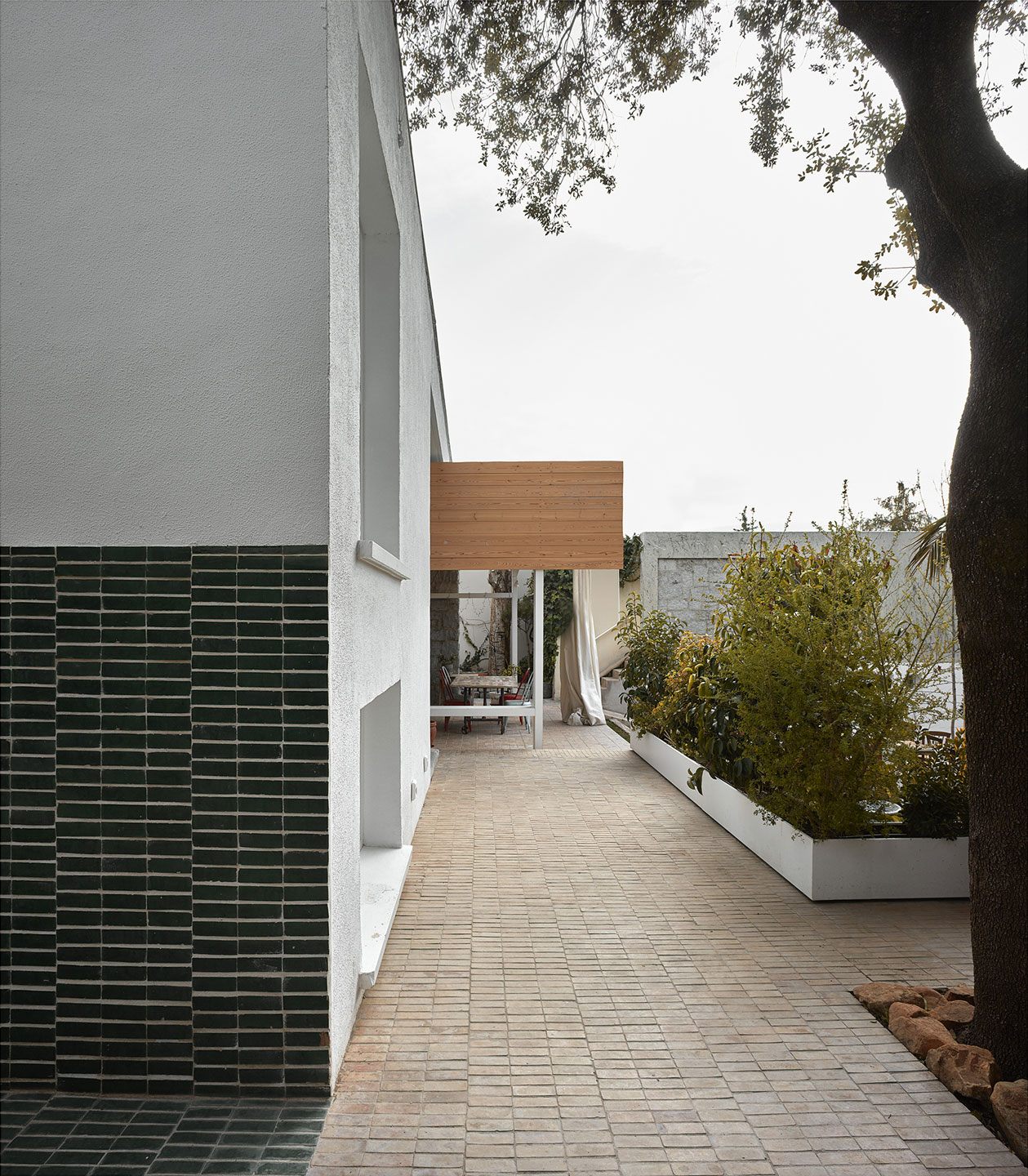 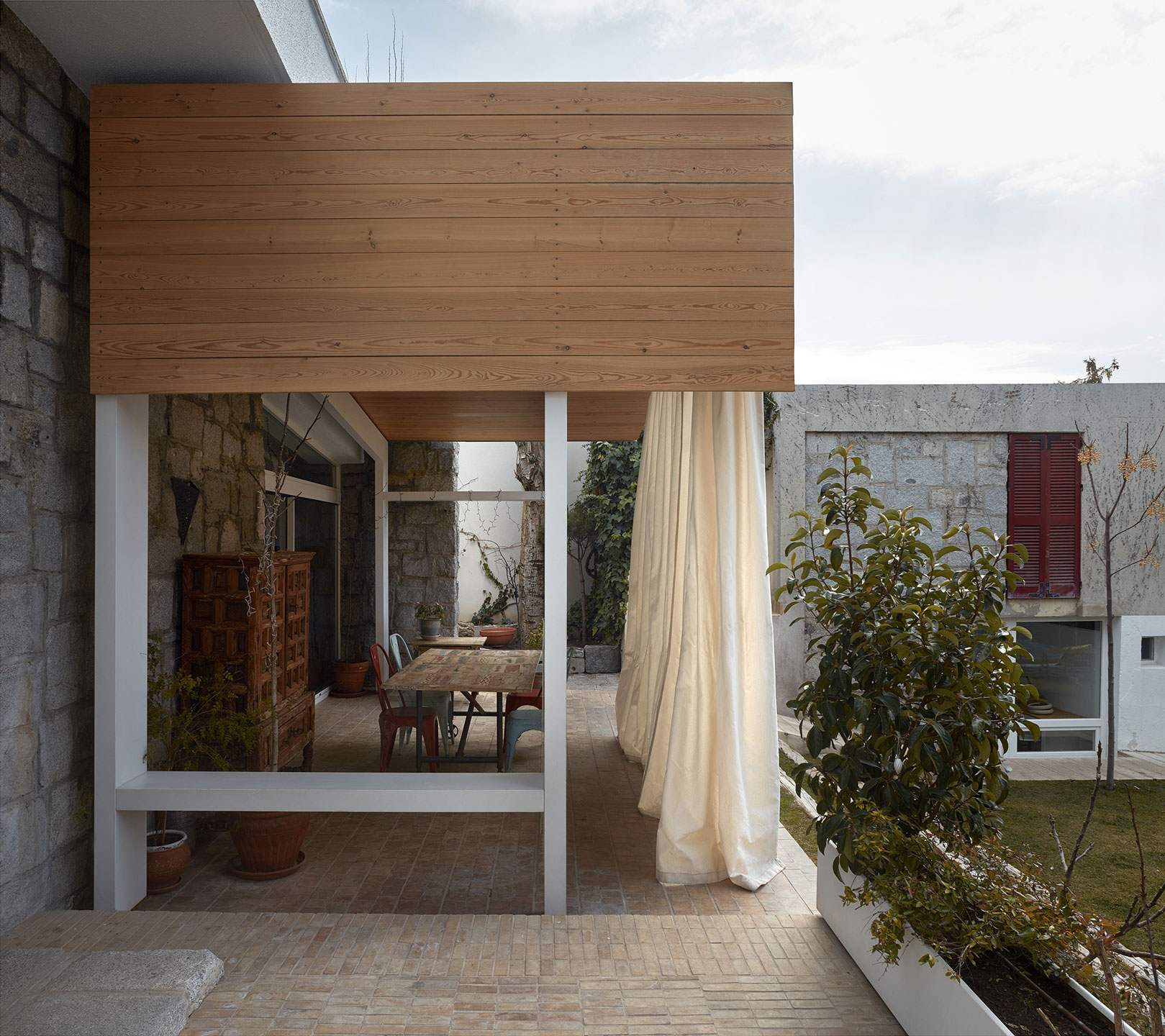 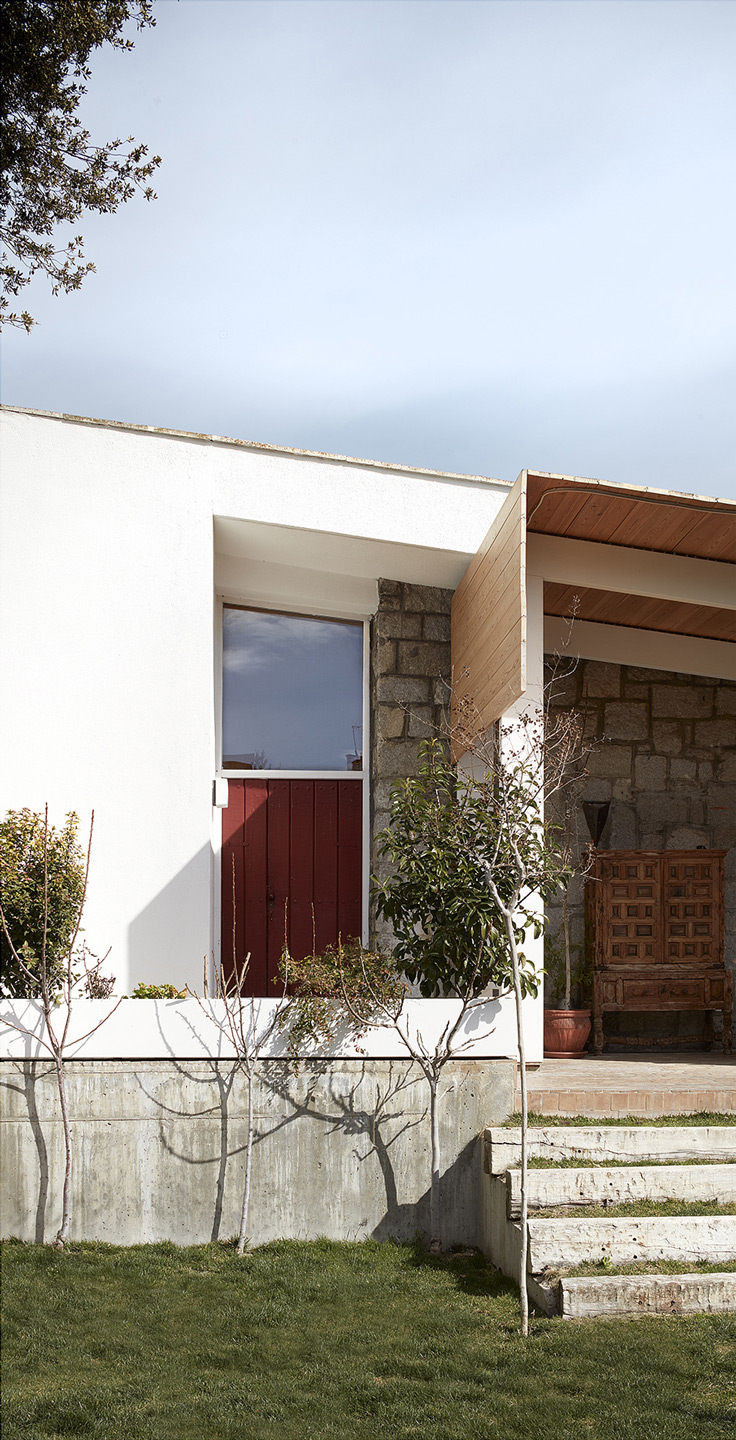 The exterior spaces covered with pieces of clay end up tying the house to the ground in the most conceptual sense.

It is, thus, a very lively house both inside and outside its pavillions; a house that is intensely familiar in its central core and, at the same time, enormously social; a house where it is possible to find someone as well as to isolate oneself in any of its different corners. 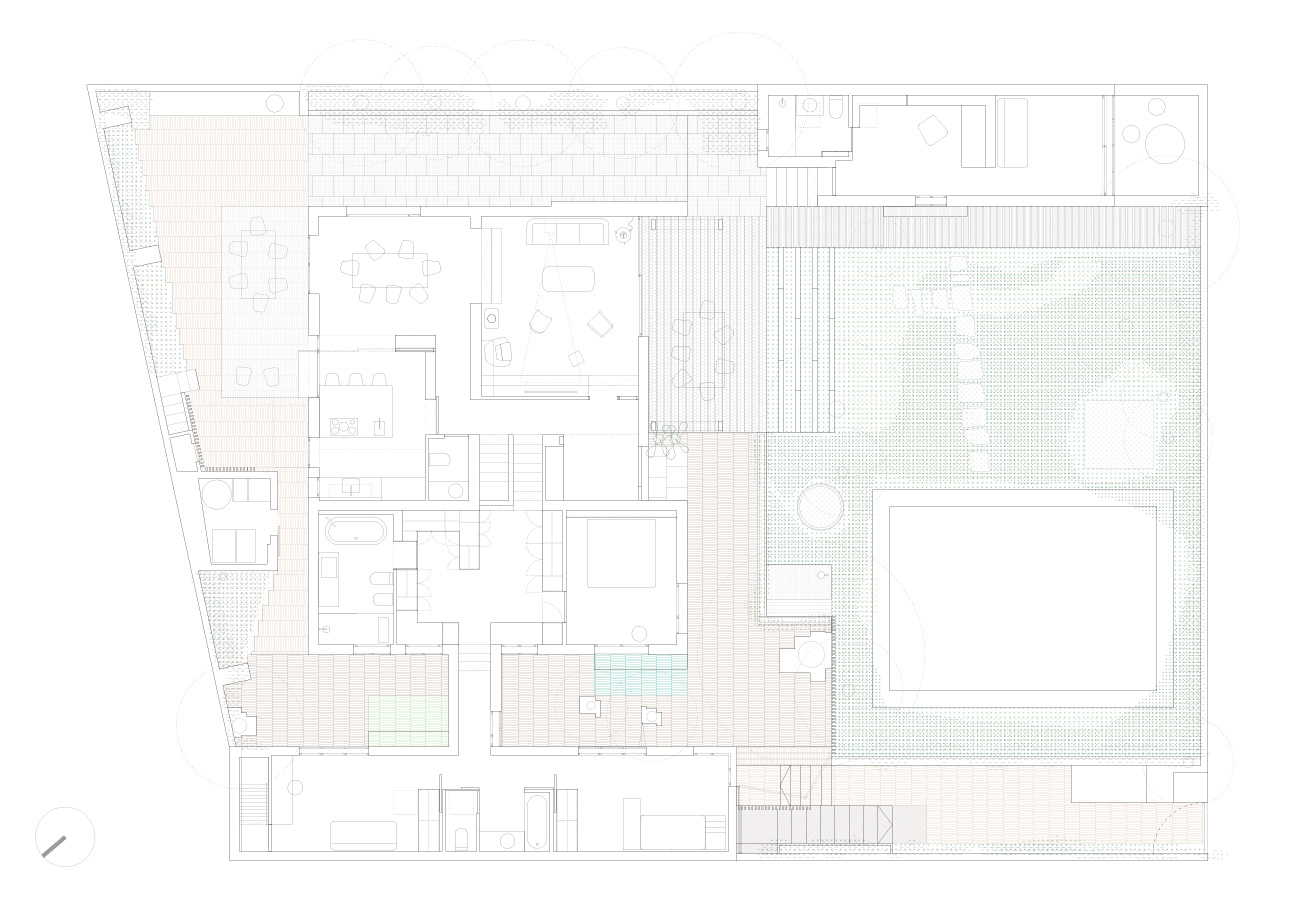 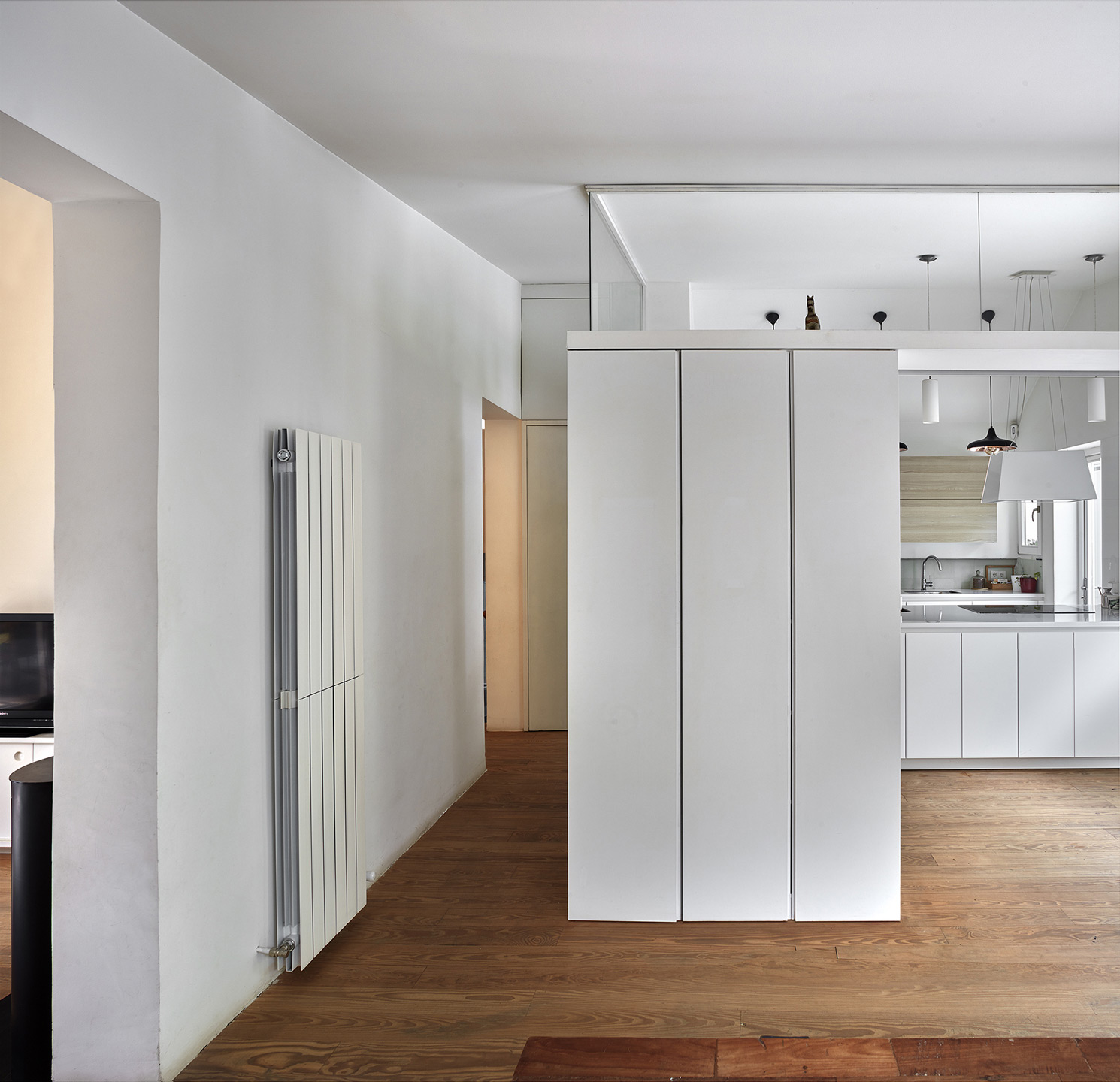 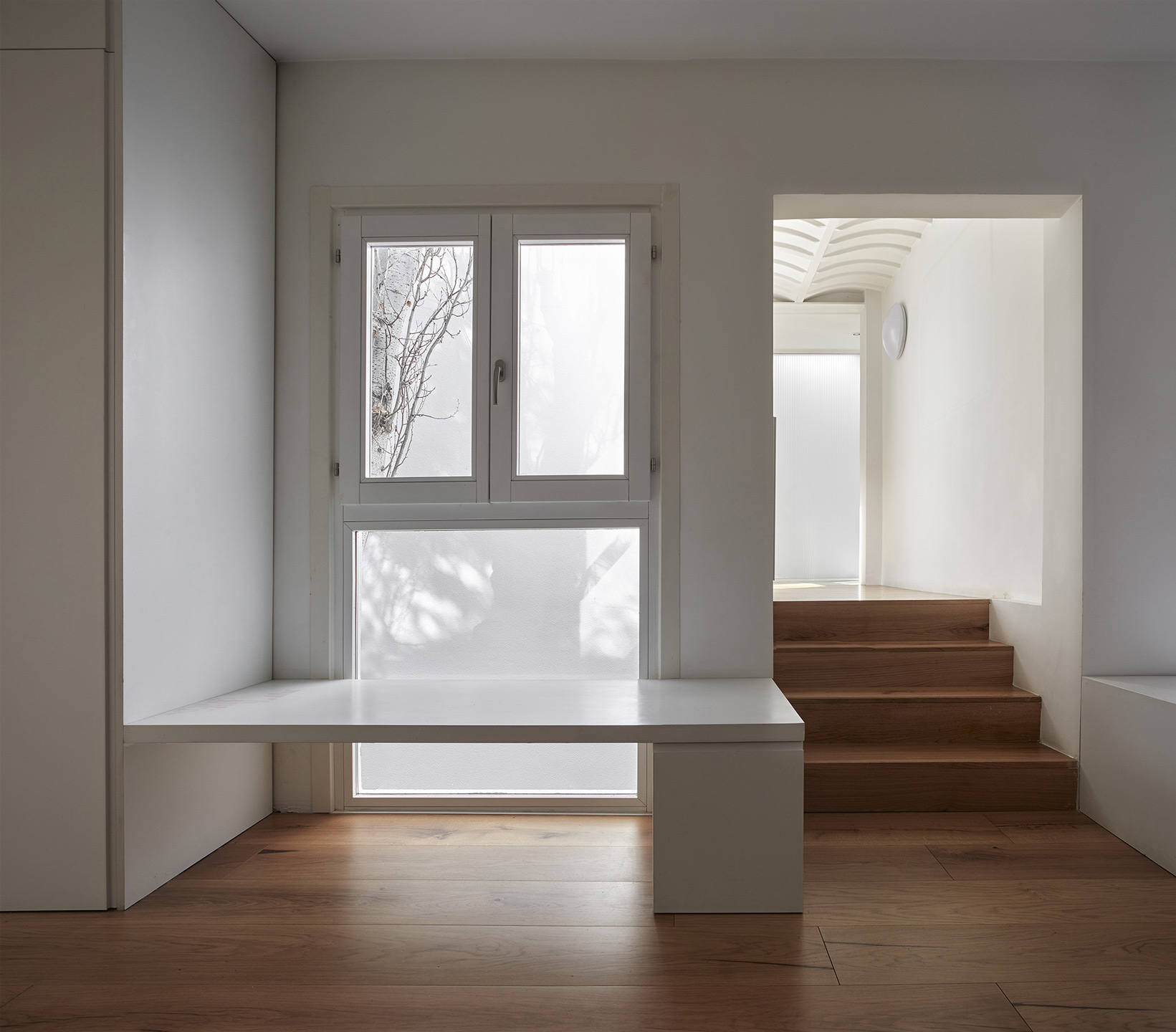 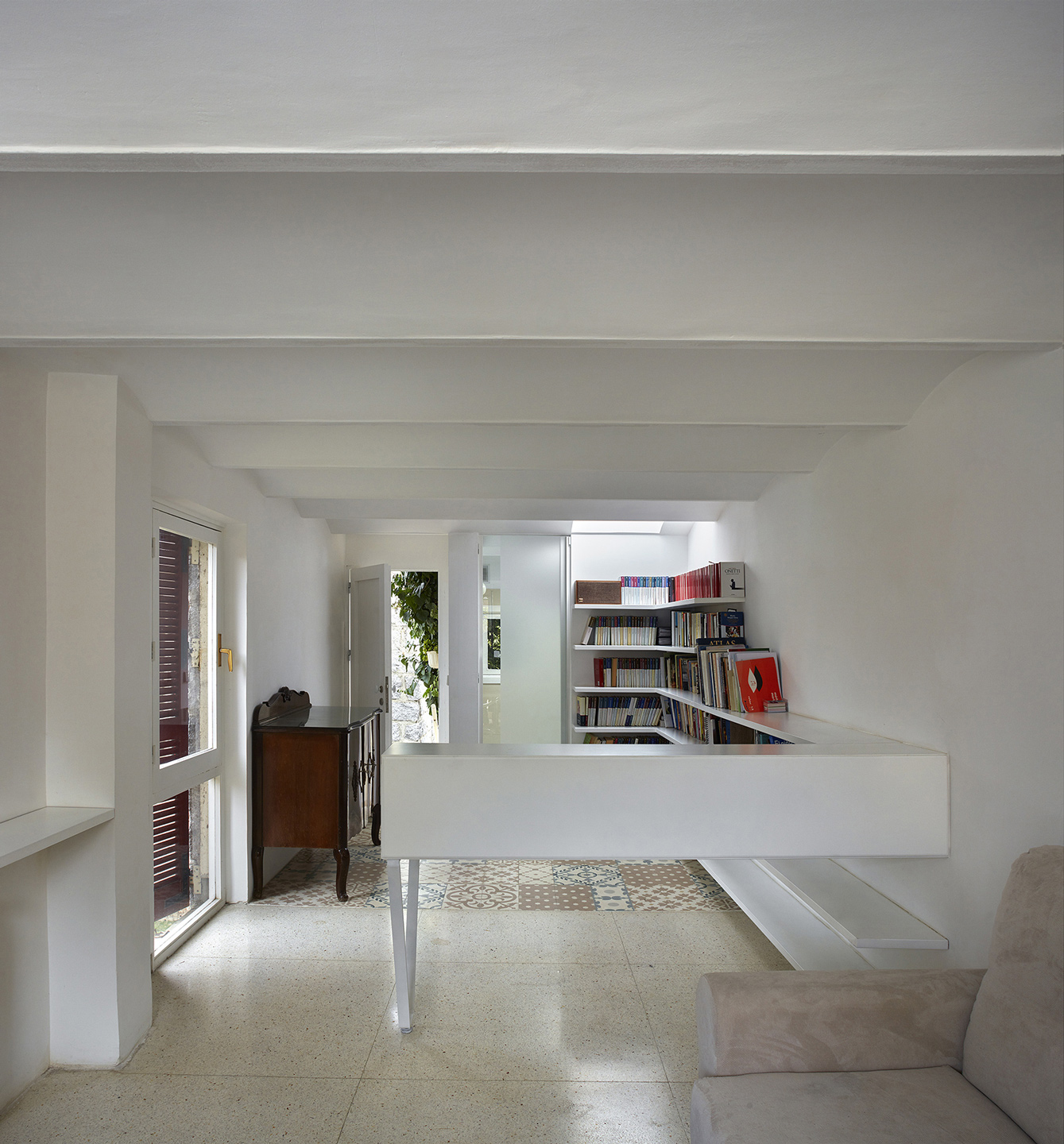 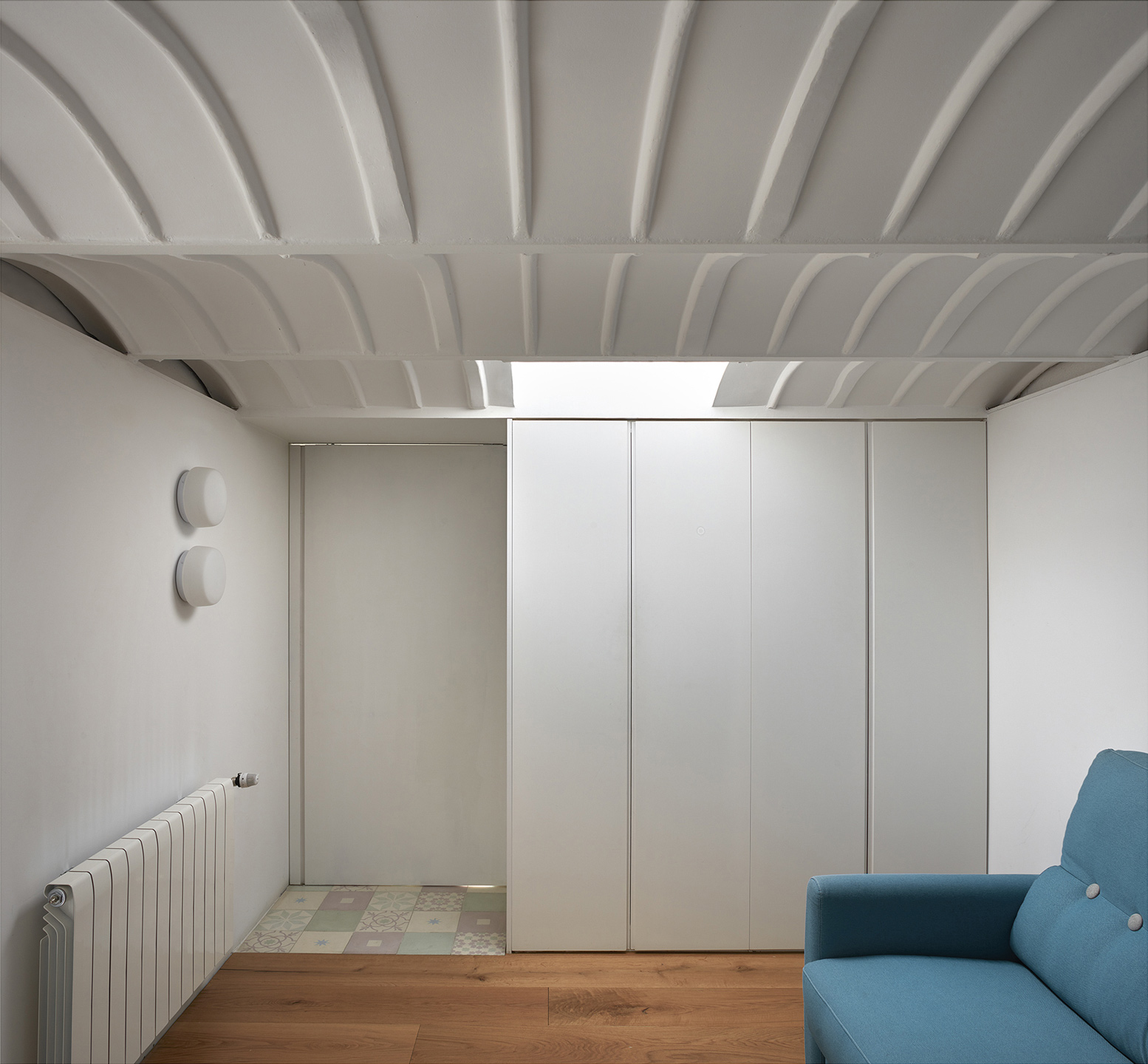